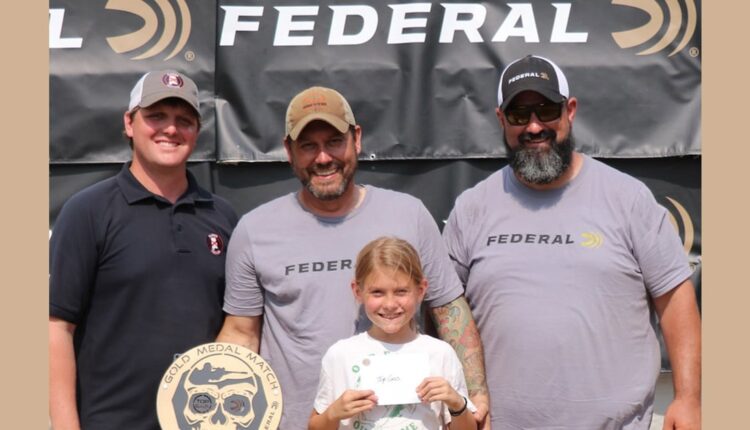 Team Federal’s Buck Holly was strong in the 2021 Federal Gold Medal Precision Rifle Series Match. This year marked the third for the event, held September 11-12 at the Alabama Precision in Carbon Hill, Alabama.

With 140 shooters present, Holly secured the highest trophy in the Gas Gun category in this two-day PRS Pro Series Qualifier Match and finished 11th overall. His final score was 156. In addition, Holly earned 90,698 PRS points for his season total.

To add to the excitement this year, the match officials have created a more challenging course. In addition, a tailwind that changed in speed and direction over the entire weekend made the competition difficult.

“This could be my favorite ammunition and rifle combination. With my federal ammunition, this rifle is absolutely hammering. People underestimate the potential of gas guns and factory ammunition, but I use that combination against everything in the country. I was able to perform well despite the heat and changing winds and was satisfied with the results. ”

“At Federal, we were delighted to be sponsoring this game for the third year in a row. This game has become one of the most popular games in the country, thanks in large part to the efforts of [Match Director] Jim Saunders and his team. We look forward to sponsoring this game in the years to come. ”

See the full results of the game here. Learn more about Federal at Federalpremium.com.