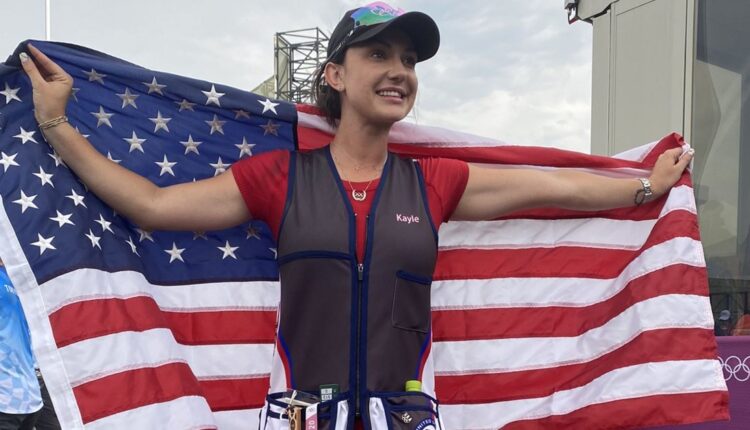 On Thursday morning at the Tokyo Olympics, Team USA’s Kayle Browning secured the silver medal in the women’s trap event after an exciting final. Browning’s total score of 42 was just a minus point compared to gold medalist Zuzana Rehak Stefecekova from Slovakia, who set a new Olympic record with her score.

The Olympic trap event includes five qualifying rounds over two days. Browning, 28 years old and from Conway, Ark., Scored 71 in three rounds in Tokyo and was ninth of 26 shooters. After the fifth round she was tied in fifth place, and after the shooting she was assigned sixth place in the final.

She missed three of her first four shots in the final, then regained her composure and rattled off 19 consecutive discs for the silver medal. Browning took the lead early on, but had to be content with runner-up Stefecekova, 43-42. The bronze medal went to Alessandra Perilli from San Marino with 29 broken discs. The bronze medal is the very first medal for San Marino, a small landlocked country in southern Europe.

At the 2012 Olympic Games in London, Browning served as a replacement for Team USA. Her silver medal brings Team USA’s total number of Trap medals to three after Corey Cogdell won bronzes at the event in the 2008 and 2016 Games.

As expected, Browning was delighted with the silver medal in the women’s trapper. Here’s what she said to Karen Rosen from Team USA.

“This is the high point of my career. I’ve worked for this moment all my life so I really don’t have the words to describe it, but I’m definitely proud. ”

Next up for USA Shooting in Tokyo is the Mixed Trap competition, a new Olympic event. You can find the full schedule here.

Fan reactions ahead of the Alabama game