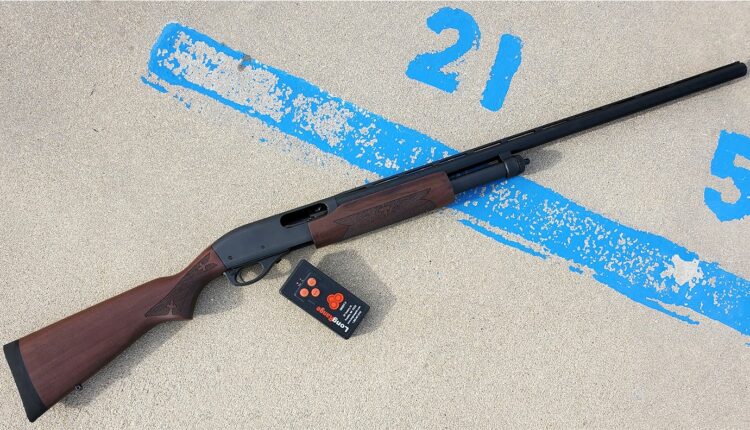 The most eagerly anticipated new shotgun of 2022—for me at least—isn’t a brand-new gun. It’s the reborn Remington 870. The new Fieldmaster is still manufactured in Ilion, New York, but now by new owners, RemArms. The guns are rolling off the line now, and I have gotten my hands on one. I haven’t had a chance to try to break it or wear it out yet, but I’ve shot it on the range and can share my first impressions.

Rather than continue trying to compete with the Mossberg 500 and other, even cheaper, pumps, RemArms has taken a higher road with the new Fieldmaster. It will replace the old Express. The new gun features a walnut stock and forend in place of the Express’s cheaper hardwood furniture, and it has an upgraded metal finish that shouldn’t rust so easily. It also comes with sling-swivel studs, a softer butt pad, a drilled-and-tapped receiver, and three choke tubes. The Express was untapped, lacked swivel studs, had a rock-hard rubber pad, and shipped with only one modified choke.

Those new additions don’t come free of charge. The Fieldmaster retails for $600, $100 or so more than the Express did, and well above the Mossberg 500’s current MSRP $473. The street price for both is less. Cabela’s, for example, has the Fieldmaster for $500 and the Mossberg for $350. Still, when I picked the Fieldmaster up at my FFL holder, my friend who works the gun counter looked it over with approval. He added up the value of the new extras in his head and said, “I can sell these for $600, no problem.” Even at that number, it’s quite affordable for what you get.

The question that anyone who’d shot an Express during the last several years will ask about the Fieldmaster, however, is: “Does it work?” Over the last 10 or more years, the guns made by Remington’s previous owners suffered from poorly finished chambers that caused spent shells to stick instead of ejecting. That was the biggest problem with them, although there were others. Last year, the new owners actually put together and sold some expresses out of parts on hand. They didn’t change any manufacturing methods, but they inspected the guns rigorously and rejected Expresses that would have passed muster under the old ownership. 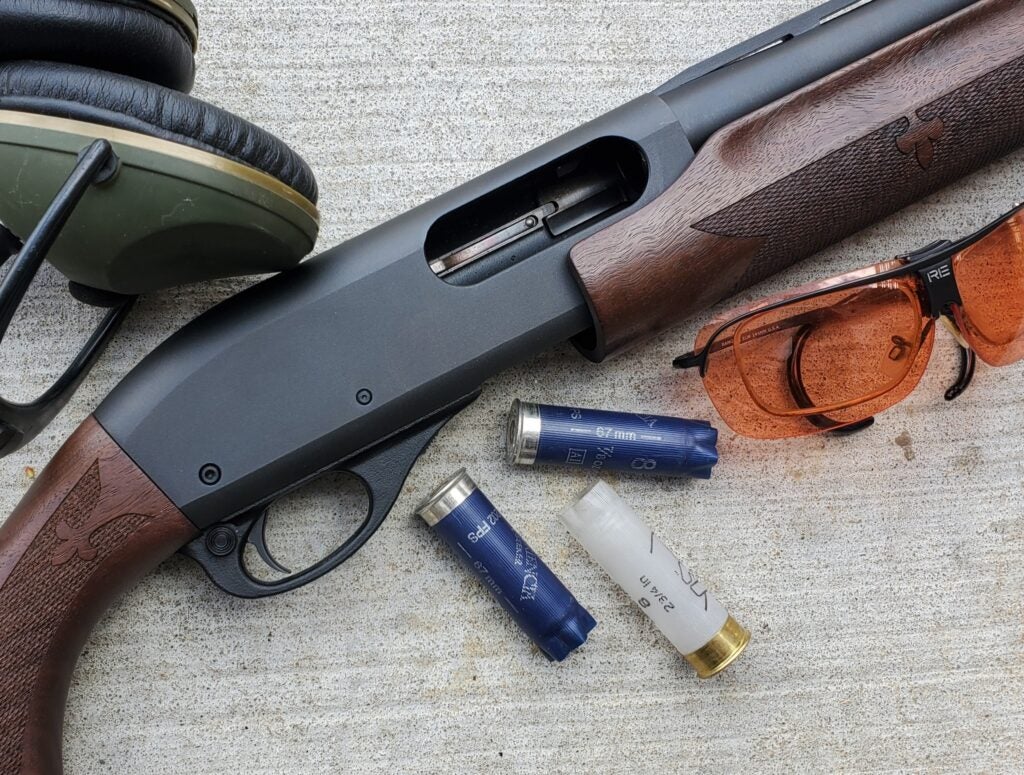 Unlike the 870 Express models of old, our test gun ejected and cycled shells without a hitch. Phil Bourjaily

Now, with the Fieldmaster, RemArms has improved the way they cut and polish barrels and chambers, and it shows. The bore and chamber of the gun I received are slick and shiny, where the Express we shot last fall had a visible ring in the bore. The actions are very smooth out of the box, and the gun they sent me functioned perfectly through a few rounds of skeet last weekend. While that is not a torture test by any stretch, there were plenty of old Expresses that couldn’t get through a couple of rounds of trap or skeet without shells hanging up. The gun shot straight, too, when I put it on a pattern board, with a fairly flat point of impact.

The walnut stock has a version of the old fleur-de-lis checkering of the Wingmasters of the 70s and 80s and a satin finish. It is somewhat better looking than the old hardwood. The trigger guard is polymer, which also better-looking compared to a plastic one. In all other ways, it looks and feels like an 870, with that same slightly weight-forward balance and a stock that should fit many, many shooters. The first guns are 3-inch 12-gauge, with 28-inch barrels and walnut stock. Synthetic models will be next. While it is too soon to tell for sure how good the new Fieldmaster will prove to be, the first signs are very encouraging.

Missouri man sentenced to 10 years in prison for drug crimes