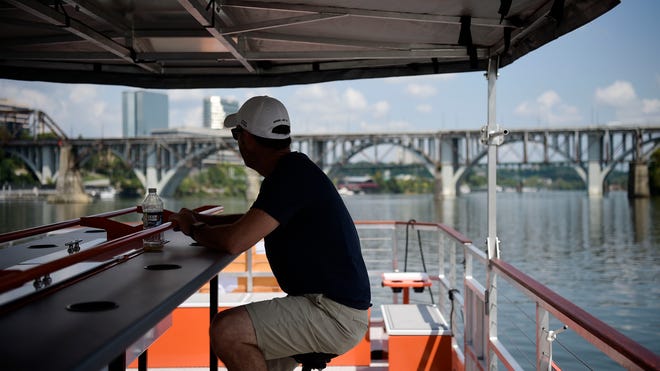 The recruitment of one of the world’s largest arms manufacturers is a regional and national economic gain. Tennessee is home to 20 small arms and ammunition manufacturers, and the arrival of Smith & Wesson will make Tennessee the No. 1 for employment in the industry, according to the Tennessee Department of Economic & Community Development.

Facilities in Connecticut and Missouri will be closed as part of the move. The Massachusetts plant remains open.

Employees at these facilities will have the opportunity to move with financial and logistical support from the company, according to a Smith & Wesson press release.

DEVELOPMENT:One of the “missing teeth” on Gay Street could be filled with a hotel

Smith & Wesson will be among the top 10 employers in Blount County alongside major employers DENSO Manufacturing, Clayton Homes, Vanderbilt Mortgage & Finance and Arconic, according to state data.

“It’s not just your mom and pop work, it’s definitely a huge employer that will bring many benefits to this area and raise its profile,” said Jeff Muir, spokesman for the Blount County Chamber of Commerce.

This is the third major announcement of Blount County’s economic development this year. Amazon announced in February that it would invest at least $ 200 million to build a warehouse logistics center in Alcoa, a project that has promised about 800 jobs. In April, former Jack Daniel’s Master Distiller Jeff Arnett announced that he and his partners would create Company Distilling and invest $ 20 million in an Alcoa manufacturing facility.

Smith & Wesson will be the county’s only arms manufacturer, Muir said. SCCY Firearms, which had pledged to invest $ 22.5 million in East Tennessee but never built its proposed headquarters, withdrew from the region in September 2020.

“It reminds me a lot of 2015 when we had four or five of those big announcements,” said Muir. Smith & Wesson was considering the area for expansion at the time, but chose Columbia, Missouri instead.

According to government data, there are currently around 8,200 manufacturing jobs in the district. If all of the promised jobs from the various announcements occur, that number could approach 10,000.

Smith & Wesson plans to break ground for a facility in Partnership Park North this year and construction is expected to be completed in 2023. The 237 acre industrial park is located on Louisville Road.

The company expects employees to move in the summer of 2023.

Smith & Wesson President and CEO Mark Smith said in a press release that the company was drawn to the area’s low cost of living and quality of life.

In a separate press release from the company, Smith said the company had “no alternative” but to leave Massachusetts, citing proposed laws in April that would ban some of its products from being manufactured there.

The legislation would have impacted more than 60% of the company’s sales, Smith said in the company statement. Smith & Wesson did not respond to an interview request.

Blount County became a Second Amendment Sanctuary parish in 2019, a symbolic move to raise the mood for gun favor.

Governor Bill Lee praised the state’s business-friendly reputation, workforce and “commitment to the second amendment” for closing the deal. The state provided a FastTrack Economic Development Grant for this project, a spokesman said. The amount of the grant, which will be published in the next month, is determined taking into account the new net jobs, capital investments and average wages.

Smith told investors on a phone call Thursday that the move would result in slightly fewer headcounts but “would allow us to achieve many efficiencies.” The company employed 2,240 people in May.

Small Arms Analytics estimates that approximately 1.4 million guns were sold in the US in August, a 25.4% decrease from August 2020. With the exception of 2020, annual sales are higher than every year, it said.

Smith & Wesson is one of the largest manufacturers and designers of weapons in the world, from revolvers and pistols to modern sporting rifles. The publicly traded company, which has been based in Massachusetts since it was founded in 1852, serves clients ranging from firearms enthusiasts to military authorities.

Brenna McDermott, Growth and Development Editor, can be reached at [email protected] Follow her work on Twitter @_BrennaMcD. Support our local news efforts by becoming a Knox News subscriber.