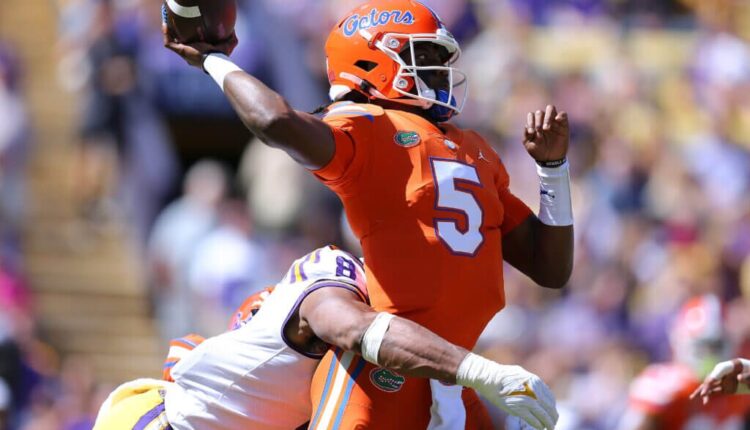 Dan Mullen spoke in limp tones, with almost no inflection. His eyes lacked the typical bounce, revealing a trainer whose adrenaline tank was empty. The loss of 49:42 against a very exhausted LSU team had cost him all excuses.

“We’re all frustrated,” he said after Florida’s record dropped to 4-3 and his slim chances of winning the SEC East fizzled out. During a short post-game media session, he replied eleven times “we will rate this” to questions about his quarterbacks, run defense, his staff and the general malaise hanging over the program.

This season can no longer be made memorable for championships or achievements. It’s a bailout now. And Mullen may need to save his job.

Out of the top 25 and out of the battle for a New Year’s Six Bowl, the Gators are trying to rate themselves out of a rut. An idle week provides time to restart and recruit, and for us at The Athletic, an opportunity to take a break for a mid-season interim report:

Knowing that this season’s passing game would lack the accuracy of Kyle Trask and the skill of Kyle Pitts, Kadarius Toney and Trevon Grimes, Florida had to build a frantic attack that had been inactive for the past two seasons. And behind an offensive line that did not really give rise to much optimism from the spring training.

California’s Mental Health Crisis: What Went Wrong? And Can We Fix It?