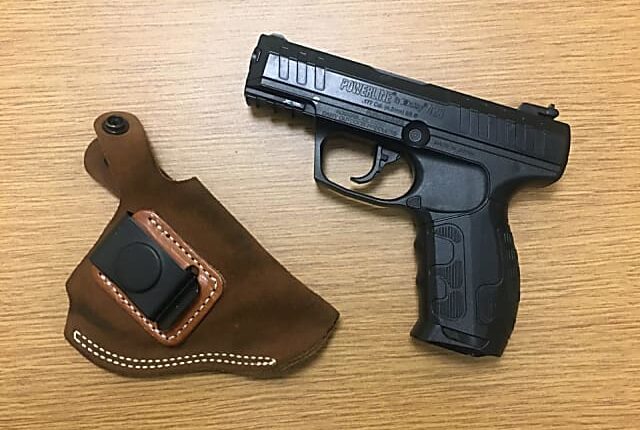 A Hudson Valley man is behind bars without bail after allegedly robbing a supermarket with a gun.

Ulster County resident Alberto Rodriquez was arrested around 10:30 p.m. on Sunday April 4 after the Saugerties police received a complaint from Speedy Mart at 317 Main St. that they were armed with a gun Man who had been robbed of the Saugerties Police, Chief Joseph Sinagra said.

A Saugerties police officer who was in the area of ​​the store at the time of the robbery discovered a man who was later identified as Rodriquez, 53, from Saugerties and quickly took him into custody without incident, Sinagra said.

The seller informed officials that a Spanish man, visibly drunk, entered the facility and tried to buy two cans of beer. The seller said he refused to sell the man alcohol because he was drunk, the boss said.

The salesman told officers that Rodriquez got into his backpack, took out a gun and pointed it at the clerk, and told the clerk he would give him the beer before running out of the store with the two cans of beer. Sinagra said.

The gun was in a holster on Rodriquez and was a replica of a 9mm pistol.

Rodriguez was charged with:

He was taken to Ulster County Jail without bail.