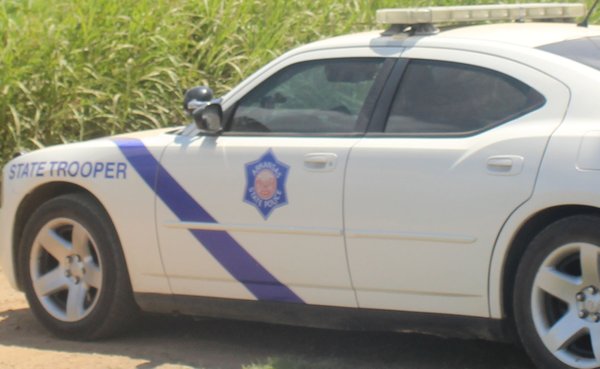 A Little Rock man detained last year in connection with a murder was arrested Sunday after a car chase that police said he opened fire on an Arkansas State Police officer.

According to an agency press release, Marlo Akins, 33, was taken into custody Sunday morning after the chase that began at 12:23 p.m. near Interstate 30 and Geyer Springs Road.

Akins refused to stop for a soldier and pushed a passenger out of his car, the message said. One soldier reported that Akins left the car at 35 Eaton St., southwest Little Rock, and fled on foot, exchanging shots with the soldier.

State police converged in the area and Akins was taken into custody four hours later, according to the notice. A 9mm pistol with a 50-round ammunition barrel believed to have been used by Akins has been recovered.

Akins is charged with aggravated assault, escaping, possession of firearms by certain individuals and carrying out a terrorist act – all crimes, the press release said.

Akins had been bailed after being charged with first degree murder last year from a shootout in June 2020 at a nightclub in southwest Little Rock.