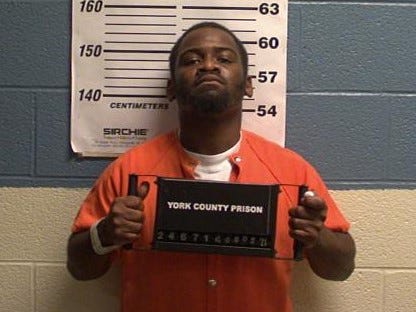 A York City resident accused of shooting a man in June is set to move his case towards a possible trial.

Jamar Generette Jr., 23, is charged with crimes related to the fatal shooting of 34-year-old Keith Wallace on the 6th. The decision was made on Monday at a preliminary hearing in the Generette case.

More:Suspect arrested in murder in York City in June

The police found two shell casings and an intact bullet at the crime scene at the intersection of Salem and South Belvidere avenues, said York City Police Detective Daniel Kling.

York County Assistant Attorney Lewis Reagan played surveillance videos of the incident, captured by cameras in nearby buildings. The video showed a small group of people gathered outside before a physical altercation broke out, allegedly between Generette and Wallace.

Generette reportedly pulled out a 9mm pistol and punched Wallace out with a pistol before shooting him twice, once in his groin and once in his knee. Kling said rescue workers transported Wallace to WellSpan York Hospital, where he was pronounced dead.

The police presented two photographic statements to a witness to the shooting; The first did not have a picture of Generette, but the second did. Kling said that the witness did not look for the shooter from the first list, but from the second.

Generette’s attorney John McMahon Jr. objected repeatedly to how police identified his client as a suspect. McMahon argued that law enforcement’s identification of Generette was hearsay and “insufficient” to show that his client was the shooter.

Reagan argued that Kling personally interacted with Generette and compared his height, weight, and gait to those of the shooter pictured in the surveillance video. Law enforcement also used a security video of Generette recorded at the York County Judicial Center, where he was heard shortly after the shooting in another case.

District Court Judge Joel Toluba ruled that prosecutors had fulfilled their burden of proof and referred Generette’s case to the Court of Common Pleas.

He has an indictment slated for November 1st.

Do you value local news? Consider subscribing to The York Dispatch.

– Reach Brandon Addeo at [email protected] or on Twitter at @BrandonAddeo.

Canadian Man Going To Prison For Attempting Illegally To Export Firearms From The U.S. To Dubai And Columbia | USAO-WDNY