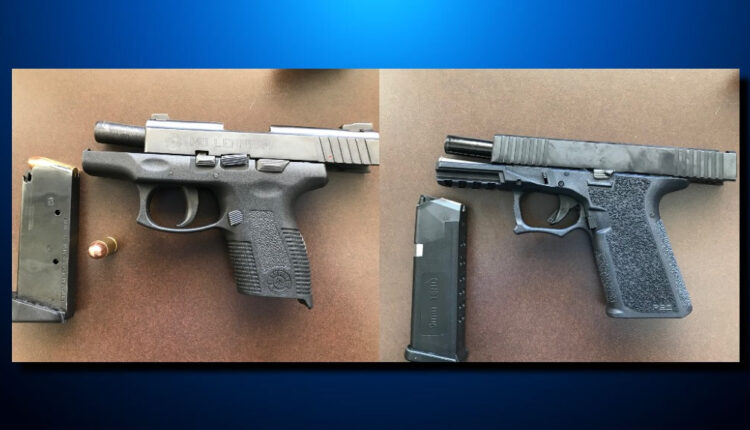 SAN LEANDRO (CBS SF) – A man was arrested after an oral argument with a woman in San Leandro that resulted in the woman running away and the man shooting her with a pistol.

San Leandro police said officers responded to reports of a shooting on Monday in the area of ​​390 MacArthur Blvd. Witnesses told police that a man and woman had an argument in which the man yelled at the woman to get into his vehicle. The man made a pistol that was later designated as a 45-caliber semi-automatic pistol and shot the woman as she ran away from him, police said.

CONTINUE READING: The SF Board of Education is committed to personal learning for all students in the fall Using on-site video and other evidence, police were able to identify the license plate of the vehicle the suspect was driving. He was identified as Denzel Jones, 27, from Oakland.

On Tuesday, officials located the suspicious vehicle parked in the Bank of America parking lot at 1200 Fairmont Blvd. and Jones was contacted by officers while he was in the driver’s seat of the vehicle, police said. He was arrested without incident and found a loaded 45-caliber semi-automatic pistol in his possession, along with a second 9mm pistol in the vehicle, police said.

The victim was contacted at Bank of America and officials confirmed she was not injured in the shooting.

Jones has been posted to Santa Rita Prison in Dublin and is currently on bail. On Wednesday, the Alameda District Attorney’s Office accused him of attacking Jones once with a lethal weapon and once with a criminal in possession of a firearm.

MORE NEWS: COVID reopening: Information on the status of the stage and the opening times by district

“We are grateful that no one was injured in this shooting and in the safe arrest of an armed shooting suspect,” said Steve Cesaretti, San Leandro Police Sergeant, in a press release. “Anyone with additional information to assist our detectives is encouraged to call the San Leandro Police Department at (510) 577-2740.”