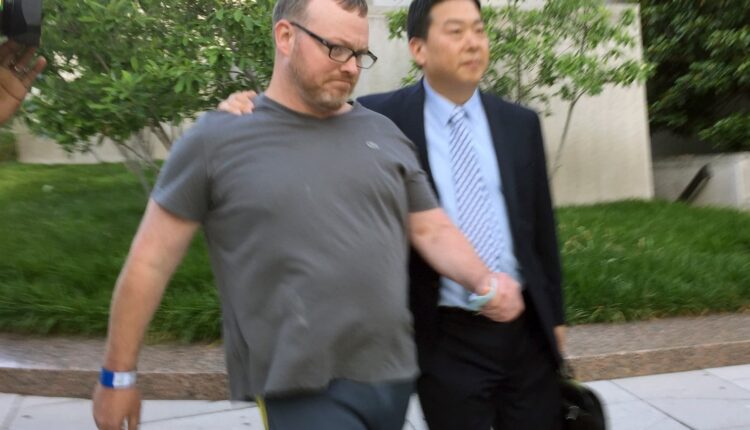 Two weeks ago, a man drove from his home in Venango Township, Pennsylvania, to the Trump International Hotel in Washington, where he valet his 2017 black BMW and booked a room for the night. Upon a tip-off, the authorities checked the man’s vehicle and clearly saw a Bushmaster AR-15 rifle and 90 rounds of ammunition. There was a Glock in the unlocked glove compartment.

Predictably, the downtown people lost it. Just imagine: all that firepower near President Trump’s posh hotel and his White House apartment.

The mayor called a press conference to reassure the nation that the situation was okay. The DC Police Chief went to the microphones to publicly thank the tipster for helping to “bring a potentially tragic situation to a peaceful end”.

It turns out that the guns at the Trump Hotel are legally owned by Bryan Moles, a licensed medical doctor and former Marine. Moles had been released on trial so he could travel to Atlanta to be examined at a veterans facility. However, he was arrested this week for violating his pre-trial release conditions after engaging in behavior that worried prosecutors.

The reaction from downtown was understandable. The thought of deadly weapons where they don’t belong is unsettling – even though the White House and Trump’s hotel are knee-deep safe.

For the rest of the district, it’s a different world, with as many weapons as the air.

However, these weapons are located in parts of the city where the political and social elites do not live, work or play. These guns rarely hit the headlines unless they go in someone’s face or are recovered by the police.

Otherwise they share a quiet, deadly coexistence with the community.

Here is a simple recitation of bloodless facts about our gun world as recorded in DC police reports that identify illegal firearms that have been found across town since Moles’ gun stash was discovered on May 31st.

Repeated, boring reading? Don’t skip it. Record them – one at a time.

A black and silver Smith and Wesson 9mm pistol.

A 9mm Glock 19 and on another scene

A Bersa Thunder pistol in .380 caliber.

A black and silver .40 caliber Smith and Wesson.

A black Ruger pistol in .22 caliber.

Nearly 1,900 illegal weapons were seized in the district last year.

Not counting, however, are the illegal weapons that are hidden in trouser pockets, waistbands, under mattresses, in drains, trunks, etc., and are just waiting to be put into service.

They are many times higher than those found by the cops.

Bryan Moles, his guns, ammunition and the Trump Hotel?

If only the rest of the city could get half of that attention.