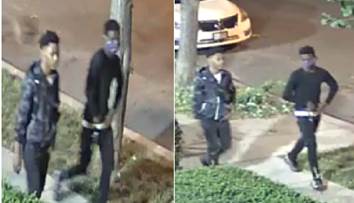 The Hill is Home | From the MPD Blotter

Arrests and other criminal information in the area, direct from MPD. If you have a tip, you can always call 202-727-9099. You can also send information anonymously to the. send TEXT TIP LINE by texting 50411. Crime Solvers of Washington, DC is currently offering up to $ 1,000 in rewards to anyone who provides information leading to the arrest and prosecution of the person or persons responsible for a crime committed in the District of Columbia.

Detectives from the Metropolitan Police Department’s Carjacking Task Force are seeking public assistance in identifying and locating two suspects in relation to an armed carjacking (gun) violation that occurred on Tuesday, July 27, 2021 in the 800 block of 3rd Street in the northeast.
At around 2.37 a.m., two suspects approached the victim at the location mentioned. One of the suspects waved a gun and asked the victim to leave their vehicle. The victim complied and the suspects fled the scene in the victim’s vehicle.
The suspects were captured by a surveillance camera and can be seen in the photos on the right:

A Bersa 9mm caliber handgun was recovered from the 400 block on 10th Street to the northeast. CCN: 21-105-306
A .40 caliber ghost gun was arrested in the 1200 block of 18. The following person was arrested: Norman Hinson, 27, from Southeast, DC, for carrying an unlicensed pistol, owning unregistered ammunition, owning the Intent to distribute a controlled substance while armed, possession of felons, National Firearms Act, no permit, improper possession of liquid PCP, and possession of a large capacity ammunition device. CCN: 21-105-382

A Smith & Wesson .32 caliber revolver and a Colt .32 caliber revolver were found in the N Street unit block to the northeast. The following person was arrested: Eric Maurice English, 42, from Northwest, DC, for attacking with a dangerous weapon, carrying a pistol outside of a home or business, and possession of unregistered ammunition. CCN: 21-106-481