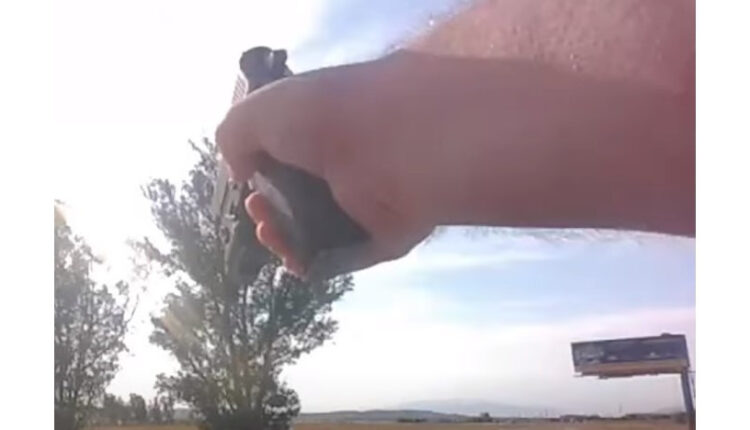 Juan Miguel Bejar was wanted in connection with a May 2 shooting in Ventura County, Riverside County sheriff officials said.

He was first spotted by US Customs and Border Protection officials in plain clothes on June 15 at around 4:40 p.m. in Lake Elsinore, Sheriff Chad Bianco said in the video.

The video material can be seen here. Warning: It contains graphic images that can be disturbing.

When Bejar tried to escape, he allegedly collided with two unmarked CBP vehicles, Bianco said, and the Riverside County Sheriff’s deputies were asked to help with the subsequent high-speed pursuit.

The chase extended to Temecula and Menifee, where Bejar got on the 215 and temporarily drove into oncoming traffic lanes, Bianco said.

Bejar came to a halt on the north side of the freeway near the median south of Ethanac Road in Menifee. He got out of his vehicle, jumped over the median, and ran into the lanes south armed with a pistol, Bianco said.

That’s when camera footage worn on the body shows two MPs getting out of their vehicles on the north side of the highway and shooting at Bejar on the south side.

After Bejar fell to the ground, a deputy can be heard shouting: “Hands up! Hands over your head! “

Bejar was taken to a hospital where he later died of his injuries.

The shooting was investigated by the Riverside County Attorney’s Office in collaboration with the sheriff’s department.

“This investigation will look at the MPs’ initial reaction, Bejar’s actions and the shots involved by the deputies,” said Bianco.