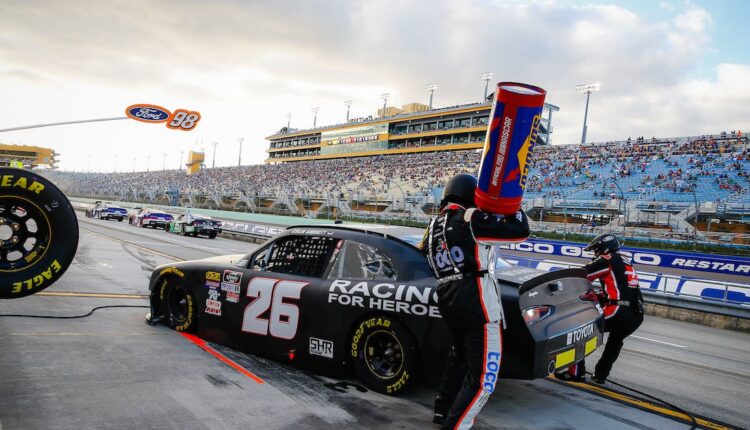 CAMP PENDLETON, Calif .– Maj. David Palka had seen fighting in Iraq and Afghanistan, but approximately 90% of the Marines under his command – tasked with establishing a remote fire base in northern Iraq in 2016 – had only heard the stories.

Their fire process in March 2016 took place just a few hours after landing with CH-47 helicopters of the army under cover of darkness in Makhmur, Iraq. The Marines got off the helicopters around 2 a.m. and found themselves in essentially open farmland with a large protective edge of earth around their small perimeter.

“At 9:00 am we received the first missile attack,” Palka told Business Insider. As captain, Palka had led the Marines of Echo Battery, 2nd Battalion, 10th Marine Regiment when she was attached to the 26th Marine Expeditionary Unit (MEU) from October 2015 to June 2016.

On Monday, Palka received the Bronze Star Medal (with a combat “V”), the fourth highest combat award, for what his battalion commander called “sustained valiant leadership”. Later that week, he will also receive the Leftwich Award, a trophy given annually to a naval company or battery commander who demonstrates outstanding leadership skills.

Read Also: Everyone Should Read General John Kelly’s Speech About Two Marines In The Way Of A Truck Bomb

The advance of Palka and his unit into Iraq to establish an artillery support base had previously been kept secret. However, new details have emerged on this mission, showing that during their two and a half months there, they were directly threatened and attacked more than a dozen times, according to interviews and documents verified by Business Insider.

“When they got the call, they were ready,” said Lt. Col. Jim Lively, the commander of Battalion Landing Team, 2nd Battalion, 6th Marines and then Palka’s battalion commander, told Business Insider.

“It was no surprise that we were blown up”

When Palka and others of his vanguard disembarked their helicopter on March 12, they marked the first American boots in Iraq, which had established a quasi-permanent base since the US forces withdrew in 2014.

At the so-called Fire Base Bell – in honor of Staff Sgt. Vincent Bell, a Marine who died in Afghanistan in 2011 – Palka and his Marines began to provide security and build bunkers to protect them from enemy fire.

The base was initially protected by 60 infantry Marines from Echo Co. 2/6 armed with rifles, machine guns and mortars, along with an army unit that provided radar equipment that can detect and target missiles fired from ISIS positions would aim. Navy artillerymen brought four M777A2 howitzers to the base just days later.

The base was small and lacking in comfort, and troops dug holes in which to man their weapons, fight, and sleep.

“It was strict. There was a constant threat around the clock, ”said Palka. “On my other missions you would come back to one [forward operating base]. Or we stayed on a FOB and shot fire support to aid the maneuver. We had no contiguous unit to our left and right. We were the only general-purpose ground force forwards. There was no wire. ”

Although the Pentagon attempted to suppress the Marines’ presence in Iraq, those efforts were foiled just a week after Palka’s arrival.

Related: 24 photos depicting the honor and loyalty of the Marine Corps

On March 19, Bell was hit again by rockets fired from IS positions around 15 miles away.

“It was no surprise that we were bombed with missiles,” Palka said, noting that military planners had determined that 122mm Katyusha missiles made in Russia at the time were the weapon of choice for ISIS.

“I had received indirect fire on previous missions, but nothing that big,” he said.

Unfortunately, the first missile hit that day was a direct hit at the first gun position on the line. “As soon as it hit, it was clear that there were victims,” ​​he said.

27-year-old Staff Sgt. Louis Cardin was killed and eight other Marines on Gun One were wounded. Immediately the other Marines ran towards the missile position to provide medical care, although a second missile landed only a few hundred meters away.

“It was amazing to see her,” said Palka. “The manifestation of all of our training that comes into play.” In the meantime, the Army counterbattery’s radar was investigating where the missiles had come from. And Palka, according to a military document summarizing his performance, calmly assessed the casualties, requested medical evacuations and carried out an artillery backfire mission of seven rounds back at the IS firing point. The document stated that the enemy’s missile position was “effectively” suppressed.

“Dave kept the team focused while evacuating the victims,” ​​Lively said. “They carried out the“ counter battery ”mission [as] the fire base was attacked. ”

“It was as kinetic as anything I’ve experienced before”

Echo Battery’s mission in Iraq was to establish a small outpost that could provide indirect fire support to Iraqi forces on the front lines. Artillerymen were busy doing just that. Over the course of just over 60 days, the unit fired more than 2,000 rounds, including high-explosive, lighted, and smoke.

These efforts made them a great target as ISIS fired more than 34 shots at their positions during that time. In total, the unit was attacked on 13 different occasions, including missiles, small arms and suicide attacks.

“It was as kinetic as anything I’ve experienced before,” said Palka. On two occasions the base was attacked in a coordinated manner by around a dozen IS fighters armed with suicide vests, small arms, machine guns and grenades.

The first, which occurred just two days after Cardin’s death, began with an ISIS fighter detonating his suicide vest against an accordion wire obstruction.

The Marines fought back for three hours on the night of March 21, and eventually killed all ISIS fighters with no American casualties. The artillerymen, just over 2,000 feet from enemy positions, fired lighting projectiles while the grunts on the edge fought their rifles and machine guns.

“I would say that ISIS and the enemy we met last time in Iraq were braver. The fact that they would infiltrate the front line and try to fight a naval element with foreign fighters, ”Palka said. “Their weapons and their tactics were more advanced. They were better trained than any other force my Marines had directly used on previous missions. ”

While the Echo Battery fired its weapons almost “daily”, it used up much of its ammunition in support of Iraqi forces as they prepare to attack the city of Mosul later that year. Prior to the October offensive to retake Iraq’s second largest city from the Islamic State, the unit fired more than 1,300 rounds to aid Iraqi forces attempting to retake villages on the outskirts of the city.

“Our mission was to provide fire support to the Iraqi security forces, which we did,” said Palka.

In addition to its presence in Iraq, the unit also had a number of “firsts”, including the Corps’ first combat deployment of precision-guided fuses – which hit artillery projectiles with pinpoint accuracy – and the successful use of the Army’s TPQ-53 radar system alongside the Marines, which helped them Quickly see where missiles were coming from so they could be turned off.

“I have nothing to say about how I feel about the Marines in this unit,” said Palka. “Words don’t do it justice. There is something that you feel and feel when you enter a room with them. “