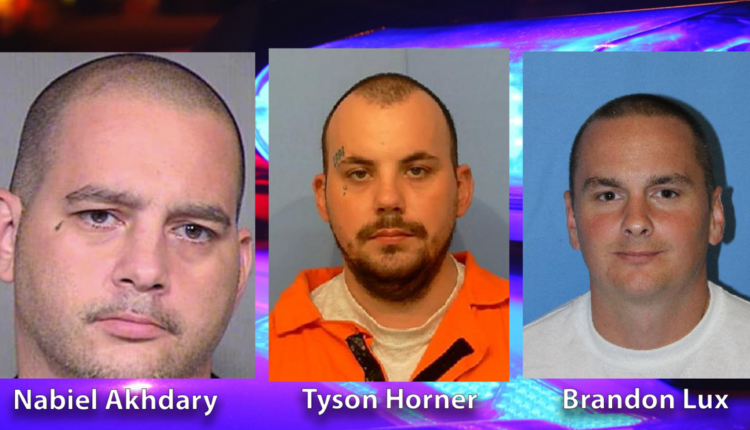 WENATCHEE — Police say three men conspired to sell fentanyl in the Wenatchee Valley, and two of them have now been indicted on federal charges.

In early June, the Columbia River Drug Task Force arrested Nabiel David Akhdary, 44, of Phoenix, Arizona, while he was allegedly carrying about 1,500 fentanyl pills, a large supply of methamphetamine, and a 9mm pistol. Detectives staked out Akhdary’s hotel room on information provided by an informant; he allegedly confessed to possessing the drugs during a police interview.

Another suspect, 35-year-old Brandon Daniel Lux of Yakima, was arrested June 7 for allegedly possessing a pound and a half of meth, a thousand fentanyl pills and a handgun, also in a Wenatchee hotel. Tyson J. Horner, 27, of Wenatchee was an alleged partner in the scheme.

Horner was indicated last month on a federal charge of possessing 400 grams of fentanyl with intent to distribute. Akhdary has also been charged federally, police say, but his case is under seal in the Eastern District of Washington. Lux is charged in Chelan County Superior Court with possession of drugs and an unlawful firearm.

Task force detectives say at least three other suspects are being sought for their part in the alleged operation.