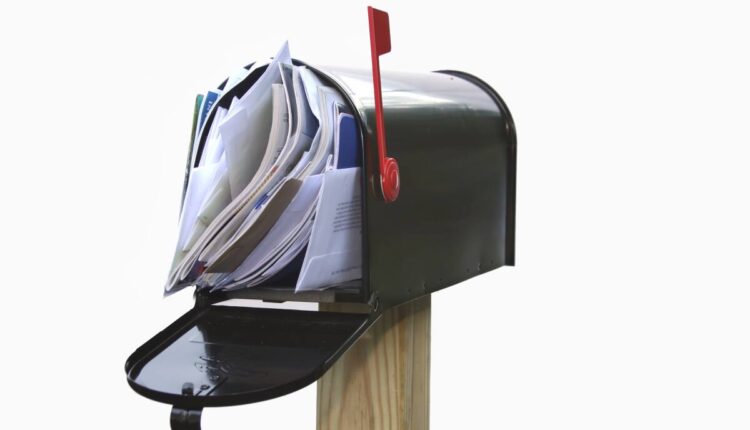 Tuesday’s Letters to the Editor

EDITOR: One of the arguments behind the actions of former Minneapolis Police Officer Derek Chauvin is that George Floyd died of the effects of drugs in his system and therefore his death was not Chauvin’s fault. What is the duty of this officer if someone in police custody shows signs of serious medical distress? It is safe to give first aid and seek medical help immediately. Even if the “He died because of drugs” argument is true, it seems pretty clear that Chauvin Floyd failed.

I don’t expect we’ll see that; No. Rather, we will see an immediate medical response to save the person’s life.

EDITOR: You wrote that currently the criterion for entering the orange level is to have a positivity rate of 4% or less. When California has vaccinated 4 million people in the most deprived communities, the criteria for advancing to the orange tier will change from 4% positive to 6% positive. This is a tremendous decision. Vaccinating people is a great way to fight the coronavirus. However, it is a mistake to allow another reopening with a higher positivity rate.

EDITOR: Chris Borr’s excellent letter (“Making RP Safer,” March 31st) reminds me of an idea to help nonprofits replace the funds they traditionally earned from selling fireworks. There is a win-win-win-win solution when these organizations adopt a freeway. “Get a corporate sponsor to make a donation to their cause and share the public credits with that sponsor on the Adopt A Highway sign and other public notices.

The organization receives the funds to continue its mission. The sponsor gains awareness and high quality benevolence from the community. The motorway authority achieves savings in maintenance costs. And we as the general public benefit from cleaner highways and lower maintenance costs.

What dislike about four ways to save and win compared to the added public safety costs and other losses due to fireworks, as Borr so well describes.

EDITOR: As Republicans and their experts ponder inflation, which is sure to come from President Joe Biden’s infrastructure plan, it is useful to review basic definitions of the American economy. When prices (and profits) rise, it is called economic growth and is a good thing that should be encouraged. When wages go up, they talk about inflation (or sometimes an overheated economy) which is a bad thing and should be discouraged. Republicans have been wrong about inflation since George HW Bush was president. Listen.

EDITOR: Jeffrey J. Olson’s proposal to humanize border patrols by recruiting locals ignores the fact that most border towns are small and only have a small pool of candidates for agent jobs (Humanize Border Patrol, Letters, Mar 25). Lordsburg, New Mexico has a population of 2,400. Antelope Wells, New Mexico, not a city but a port of entry, is inhabited by only two agents who live in trailers and are cut off from any community. The closest cities of any size are three hours away. In addition, border guards are assigned locations based on mission needs.

True, there are few ways to thrive on the limit. Without industry investment, small towns and their pool of agent candidates are likely to continue to shrink. To thrive, the better educated will move to a bigger city with more opportunities. If hired by the Border Patrol, they can be stationed far from home.

The position of border guard requires not only firmness and good judgment, but also great humanity. Some agents are hardened by their own prejudices. Others, faced with crowds of hungry, tired people desperately for security and hope on a daily basis, are hardened by the effort to do a job that is constantly being redefined by a change in guidelines.

EDITOR: Merriam-Webster defines attack as, among other things, a violent physical or verbal attack, a threat or an attempt to inflict offensive physical contact or assault on a person. If you asked someone who speaks out against the ban on assault rifles, how they would react if someone attacked a member of their family, would you believe that person has the right to do so? I do not think so.

So what about offensive weapons they don’t get? These products are designed to, as the name suggests, and as Merriam-Webster puts it, attack. In any case, it is an offensive act of violence.

Manufacturers pride themselves on classifying their products as assault weapons. You should be involved in every legal process.

Those who believe they have the constitutional right to have these killing machines proclaim that attack is now an acceptable way of life. Whether it is a hate crime or a crime committed because of a mental illness, the result is the same. I don’t want to lose more community members because I lack common sense. Prohibit these products.

You can send letters to the editor at [email protected]