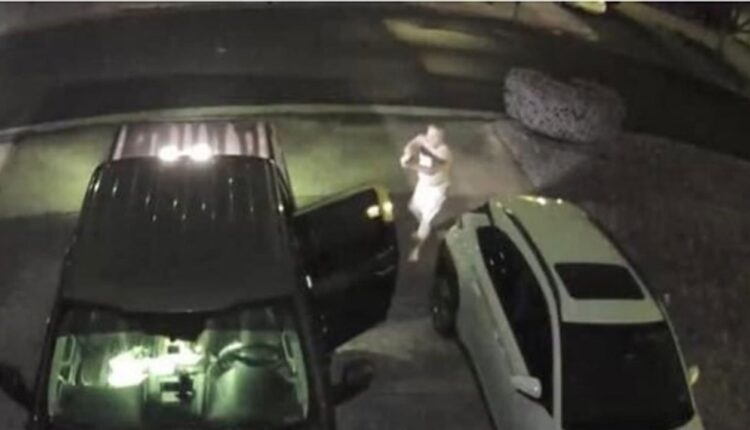 Tulsa Man Wrestles Gun Away From Suspect Breaking Into Truck

A Tulsa man snatched a gun from a man who broke into the victim’s truck.

Curtis Sprague said it felt like he had pegged the suspect in his driveway forever. After seeing the home surveillance video, he realized how quickly it was all going.

“I will praise the Tulsa Police Department. Their response time was excellent. They were there in no time,” said Sprague.

Whoever decided to break into Curtis Sprague’s truck obviously had no idea of ​​Curtis’ previous background in law enforcement and special military operations.

“I just went back to an old practice and some things happened and I was lucky,” said Curtis Sprague.

He and his wife were sleeping around 4:30 a.m. on the morning of January 9th when Curtis’ ring camera detected movement in the driveway.

“Jumped up and grabbed a gun for protection, pulled on some clothes and went outside to see what was going on and if I could solve the problem,” Sprague said. “My original intention was to go out and get the description and see if I could see a vehicle to hand over to the police.”

Sprague said as he walked out of his house, he could see the suspect’s shadows wandering around in the back of his car. The overhead light was still on.

Sprague walked around his wife’s car and noticed the suspect in his vehicle. He said he had to think quickly

He decided to slam the door on the suspect and catch him off guard.

“Which stunned him from the look on his face when he turned and saw me standing there,” said Sprague.

Sprague said this could have turned out differently. He had a hatchet in the back door of his truck.

“I start at a tactical disadvantage as an intended victim because he is already acting, committing his crime, and I have to catch up and respond,” said Sprague. “I know I have to change the way he thinks and take him out of his plan and give him something that he didn’t plan on, which is causing a mental speed bump.”

Sprague’s wife called the police while watching from an upstairs window.

“She did a great job. She watched from an upstairs window and passed on information that was fantastic. Very helpful, ”said Sprague.

Sprague asked the suspect to go to the ground several times.

“I took the Glock 23 out of his waistband, along with some ID from his back pocket,” said Sprague. “He thought for contingencies too. He thought it might be possible for a homeowner to come out and face the situation with him, and his contingency was that the Glock 23 was on his hip.”

Another guy jumped out of a car parked down the street. Sprague yelled at this man to hold back.

Sprague said as soon as they heard sirens, both suspects ran away. He describes the suspects as about 20, tall and lanky.

Sprague said he wasn’t encouraging anyone to do what they did.

“There is nothing in my car that this guy is worth losing his life and there’s nothing in this car that is worth my life,” said Sprague.