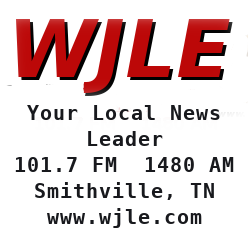 Two men have been charged in separate counts of aggravated assault stemming from domestic disputes in which they allegedly pointed guns at their female victims.

In the case against Clark, Sheriff Patrick Ray said that on January 7, a deputy was called to an apartment on Backbone Road following a report of domestic violence. Upon arrival, the officer spoke to a woman who said Clark punched her in the face and other parts of the body and pointed a gun at her. A .22 caliber revolver was found at the scene.

As for Lewis, Sheriff Ray said that on January 12, a deputy was sent to an apartment on Medley Amonette Road over a domestic incident involving a firearm. Upon arrival, the officer spoke to a woman who said she and her husband Lewis got into an argument which resulted in Lewis going into the bedroom and grabbing a firearm before coming back and pointing the gun at her and explaining , he would “end this”. Lewis admitted to the deputy that he pointed a Springfield Hellcat 9mm pistol at her, leading the woman to fear imminent danger.

In other cases, 53-year-old Elwood Lamar Benefield of Acworth, Georgia, is charged with being a fugitive from justice. His bail is $75,000 and he will appear in court on January 20th.

Sheriff Ray said a deputy arrested Benefield at the scene Jan. 4 for a criminal violation of the Bartow County, Georgia parole warrant. He was determined to flee justice to avoid prosecution.

Bobby Ray Murphy, 25, of Dale Ridge Road, Dowelltown, is charged with fraudulently using a credit card. His bail is 3,500 and he will appear in court on January 20th.

Sheriff Ray said that on December 6, from November 24 to December 6, Murphy used another person’s credit/debit card without consent for a total of $732.34. The card was taken from an apartment building on Dale Ridge Road.