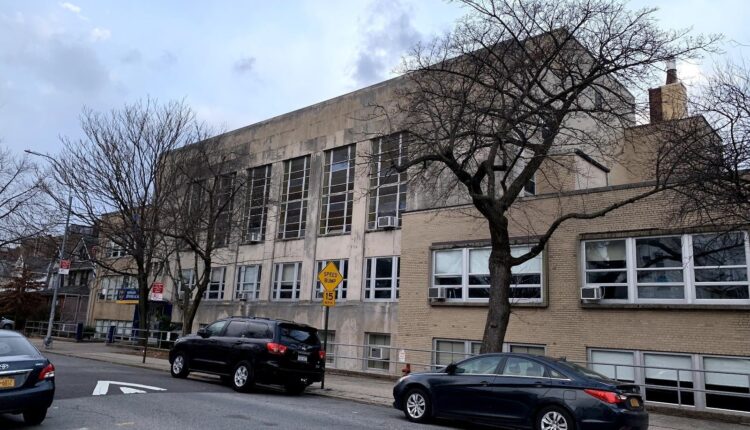 The teenagers, both from Flatbush, were charged with the second degree murder in the fatal shooting of Devonte Lewis outside the Urban Dove Charter School on April 29th.

The building that will house the Urban Dove Charter School in 2019 (Image: Liena Zagare / Bklyner)

Two teenagers were charged with a fatal shootout outside a Midwood charter school in April, the Brooklyn District Attorney said today.

Malachi Simms, 15, and Quran Smith, 16, both of Flatbush, were charged today with second degree murder and double criminal possession in the fatal shooting of 17-year-old Devonte Lewis outside Urban Dove Charter School on April 29, said the office of DA Eric Gonzalez with.

Simms and Smith reportedly shot and killed Lewis leaving Urban Dove on East 21st Street near Avenue K at around 2:40 p.m. that day before escaping on foot.

Lewis, a freshman Urban Dove student who recently started a maintenance job with New York Housing Authority, suffered a gunshot wound in the abdomen and was rushed to Kings County Hospital, where he died.

The police recovered .380 and 9 mm shell cases and a sharp 9 mm bullet at the scene, the Gonzalez office said. Smith reportedly dropped a loaded .380 pistol from his pants when he was arrested on May 19.

“This is a tragic and shocking case where the defendants – only 15 and 16 years old – allegedly took the life of a 17-year-old student and brazenly shot him in the middle of the day before high school,” said Gonzalez Never accept any kind of cold-blooded un-violence on the streets of Brooklyn and will now seek justice for this young victim whose life has been uselessly cut short. “

Simms and Smith have been tried before Brooklyn Supreme Court Justice Craig Walker. The two were held without bail and asked to return to court on August 11th. Smith faces life imprisonment of up to 25 years if convicted of the highest number; Since Simms is younger, there is a risk of up to 15 years if convicted.

Urban Dove, whose student body consists largely of older color students who struggled in traditional schools, opened on the East Midwood Jewish Center campus in 2019. Although the EJMC’s board of directors overwhelmingly voted in favor of renting space to Urban Dove, the move sparked heated controversy among many local residents who wanted to fill the center’s vacant space with a religious school.