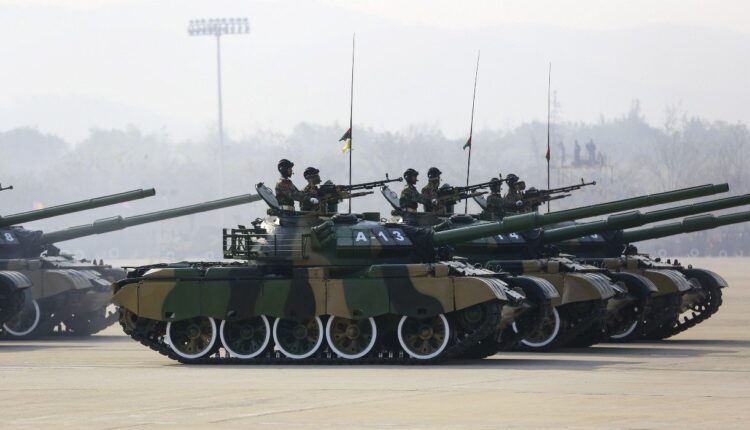 Weapons are 3D printed in Myanmar

Here’s what you need to be aware of: This is the first time a homegrown 3D printed weapon has found its way into a full-scale conflict.

February 1, 2021 is the day the Myanmar military seized power, which immediately sparked civil unrest. These riots began as peaceful pro-democracy street demonstrations, but in a short time peaceful demonstrations gave way to guerrilla warfare. The situation developed and changed rapidly due to a constantly escalating and violent military government. Now it seems that the power of the internet has delivered a Christmas present to guerrilla fighters in Myanmar in the form of the FGC-9.

The government forces vastly outnumber and arm the Myanmar guerrillas and have used machine guns, rockets and tanks over the past year of the conflict. Constantly outmatched by the government’s superior firepower, the guerrillas have been looking for a way to turn the tide.

After the military showed they were perfectly ready brutalizing peaceful protesters, killing some in the streets and abandoning others disappear Out of the public eye, some people in Myanmar began looking for weapons to protect themselves, and possibly even put up real resistance. Unfortunately, getting firearms isn’t easy. So they did what guerrillas have practically always done around the world – they made their own.

The manufacture of their own firearms is a long tradition of guerrilla fighters. In fact, this was common during the Revolutionary War, when colonial Americans secretly built rifles to resist the king’s men. However, the technology has changed and instead of building guns the old-fashioned way, the people of Myanmar have now started 3D printing firearms, specifically a design known as the FGC-9.

Well, if you follow Popular Front’s Jake Hanrahan, you might have seen an episode about 3D printed weapons in 2020. A man by the name of JStark1809 demonstrated a 3D printed 9mm semi-automatic carbine. JStark1809 lived in a European country that has strict gun ownership regulations.

He served as the lead designer of the FGC-9, but a community of firearms enthusiasts helped out. His goal was to create a firearm that could be printed and would not require regulated parts and parts. The FGC-9 is quite easy to craft with the right equipment, using materials that aren’t hard to come by.

The FGC-9 is a closed-bolt semi-automatic design that uses the 9mm cartridge. For a 3D printed weapon, it’s quite sophisticated and well made. It’s easy to see why Myanmar’s guerrillas are turning to this weapon. They can print and edit the parts as needed and arm their guerrillas efficiently, and the technology isn’t as alien to many involved as one might expect.

The people of Myanmar have used 3D printing extensively to replace parts in their farming equipment more cheaply, so it’s really no surprise that they have turned to printing weapons in their current circumstances.

Three images from Myanmar reportedly show guerrillas armed with FGC-9 carbines and an exhibition of the carbines they build. Currently, 3D printed guns are not long-use weapons. Some have lasted more than a thousand rounds, which is impressive, but military weapons last tens of thousands of rounds. I could imagine the FGC-9 behaving like a modern Liberator pistol.

The Liberator concept originated in World War II. The idea was to mass-produce cheap single-shot pistols and drop them into occupied territories. Here guerrillas could salvage them and use them to attack Nazis. Then they could steal better weapons and continue their operations.

The FGC-9 will likely also serve as a short-duration weapon. That is, until the guerrillas can recover better weapons, either through external support or by looting the bodies of the troops they killed. And to be clear, the FGC-9 seems like a much better weapon for the job than any Liberator.

This is the first time a home-made 3D-printed weapon has found its way into a full-scale conflict. It represents an intriguing twist on guerrilla forces now and in the future, with far-reaching implications for virtually every military force on the planet.

What effect will this weapon have in Myanmar?

It is important to note that all we have seen are photos of the guns in Myanmar. There’s no confirmation, but because the military-led government hasn’t shown much friendliness to the press or freedom of expression, most information out of the nation these days is speculation.

You can bet I’ll be watching this space and will update the article or write a follow-up post as more information becomes available.

Travis Pike is a former Marine machine gunner who served in the 2nd Bn 2nd Marines for 5 years. He deployed to Afghanistan in 2009 and again in 2011 with the 22nd MEU (SOC) during eleven record-breaking months at sea. He was trained in the Romanian Army, Spanish Marines, Emirates Marines and Afghan National Army. He serves as an NRA-certified handgun instructor and teaches concealed carry classes.

This article was first published in Sandboxx.