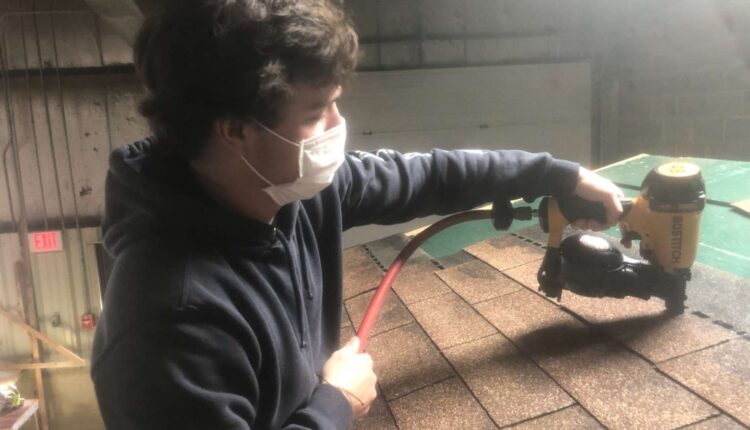 WINCHESTER – The ward got together and held their annual Christmas event in the hometown over the weekend.

On Saturday there were many different activities going on all day from 9 a.m.

Salespeople romped around the square and, for the first time, the Oscar Mayer Wiener Mobiles made an appearance.

In addition to Oscar Mayer’s stand, there were free hot dogs on the square.

A fairy tale hour was held with Mrs. Claus at the Winchester Public Library and a biscuit walk was held at First Christian Church.

Among other things, there was a gift wrapping station, a station for hot cocoa and a gingerbread house competition in the Old School Museum.

A Santa Drive Around took place in the afternoon. Santa Claus made three laps around the block and tossed candy to the children.

One of the last events of the day was the illuminated Christmas parade. The Winchester Key Club helped coordinate the parade.

“You’re doing a great job,” said Bobbi Jo Smith, a volunteer with the Winchester Hometown Christmas Committee. “Every year it gets bigger and better.”

Many brightly lit Christmas cars led into the city center that evening. Around 40 cars took part.

A memorial tree ceremony took place after the parade. The names of the people to whom the memorial trees were dedicated were read aloud.

Several members of the Methodist Church choir sing a sing-a-long of Christmas carols. Santa Claus was also in his newly remodeled house from which the children could visit after the parade.