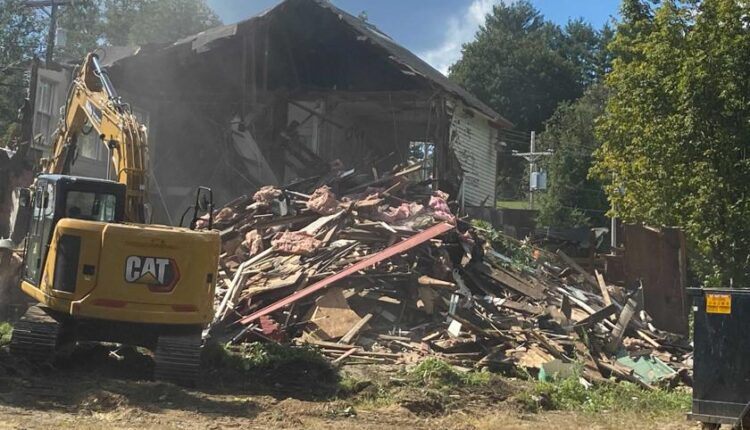 WINCHESTER – A Saturday morning fire in an empty house in Winchester could have been deliberately started, according to the State Fire Marshal’s Office and the Winchester Fire Department.

Winchester Selectboard chairman Ben Kilanski confirmed Saturday afternoon that the house at 19 Elm Street was owned by the city and said it would be demolished hours earlier due to the damage from the fire.

The fire in the unoccupied apartment was reported shortly after 3:30 a.m. on Saturday afternoon, according to a press release from the fire marshal’s office. Members of the Winchester and Hinsdale Fire Brigades discovered flames coming from the rear of the building upon arrival.

After the fire was extinguished, the fire marshal’s office was asked for help to determine the cause and the cause of the fire, the statement said. The case is now being investigated by the Fire Marshal and the Winchester Fire Department and Police.

Kilanski said the rubble from the demolition of the house is expected to be cleared up next week. He said prior to the fire the city was considering what to do with the property, including a six-bedroom house dating from 1750 that was taken for non-payment of taxes several years ago.

“It’s just a small lot with an old house on it,” he said. “It’s a strange quality to try to do with it.”

The fire marshal’s office was not immediately available for further information.

SBSO: Confrontation leads to weapons, drugs and the arrest of two men