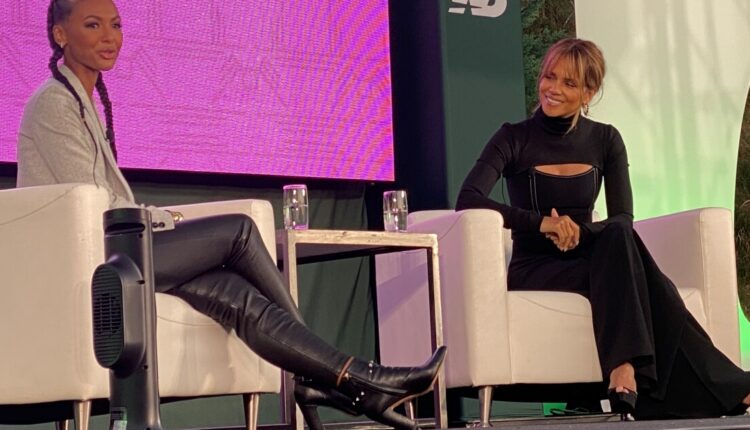 From movie stars to athletes to sports journalists, the ESPNW Summit, held in person for the first time since the start of the COVID-19 pandemic, brought people to the lodge in Torrey Pines in La Jolla to discuss leadership at the intersections of sport, Business and entertainment.

The three-day summit from October 18-20, which was also broadcast live, focused on creating more opportunities for women in sport. There were panels, keynote speakers and interactive sessions with wellness and fitness activities as well as social events.

It was the second time The Lodge hosted the event; The first ESPNW summit took place there in 2010. This year’s edition featured about 40 notable women who highlighted the challenges women face and the way they played to victory. Read about six of them below.

In the keynote at the summit on October 18, Oscar-winning actress Halle Berry spoke to ESPN presenter and NBA reporter Malika Andrews about Berry’s directorial debut and role in “Bruised,” which premiered on Netflix on Wednesday, November 24 will.

“Bruised” is about a senior mixed martial arts fighter who agrees to battle the best MMA fighter on a road to salvation while on “a journey through motherhood,” said Andrews.

The character is an “underdog trying to overcome an obstacle in order to find salvation, to reach his full potential – a story I associate with,” said Berry. “I think I’ve struggled my entire career with this feeling that weighs on me.”

“We all had to fight our way through a fight, work harder than we can imagine … to make our dreams come true, especially women,” she said. “As a woman of color, I was [and] I am still in constant struggle. … I thought if I could take the age-old genre of a combat film and place it in a black community through the gaze of a black woman, we’ve never seen it before. “

Berry, 55, said that by taking on the project, she was “trying to defy this age that is imposed on us as women. … [Age] in no way defines who we are. “

She said the film also enabled her to “highlight certain elements of growing up in the black community … which, in my opinion, are very unique to this story, to this world”.

While researching and interviewing fighters to prepare for their roles, Berry said she found that “men usually fight because they want to be their families’ breadwinner,” or to escape poverty or to make a name for themselves .

Women, she said, “struggle to regain their power, to get their voice back,” often in response to abuse. “You are struggling to feel whole and whole again.”

“I’ve fought for my voice and my power all my life,” added Berry.

Julie Foudy, former US women’s soccer team captain and current ESPNW columnist and ESPN soccer commentator, moderated several discussions over the three days. She said the goal of the summit was “fun with a purpose”.

“We want you to take one thing with you and bring it back into your community so you can act because our goal in all of this is to be agents of change who… build on this great world of women’s sports, not just locally, but globally as “good,” she said.

Foudy spoke to Laura Gentile, ESPNW Founder and Disney Networks and ESPN Executive Vice President of Commercial Marketing. Gentile said she founded ESPNW because “at ESPN we needed a catalyst in the sports world to really drive that notion of women in sport” – not just athletes and executives, but fans too. “Female viewers are driving much of this growth … women are driving ratings for the NFL and Major League Baseball.”

Foudy said, “Aside from coverage of women’s sports … I don’t think we’re talking enough about all of the other platforms that are [ESPNW] open to so many women. I’m looking at my career … I was able to write a book called Disney and ESPNW; I was able to start a podcast on ESPNW. “ 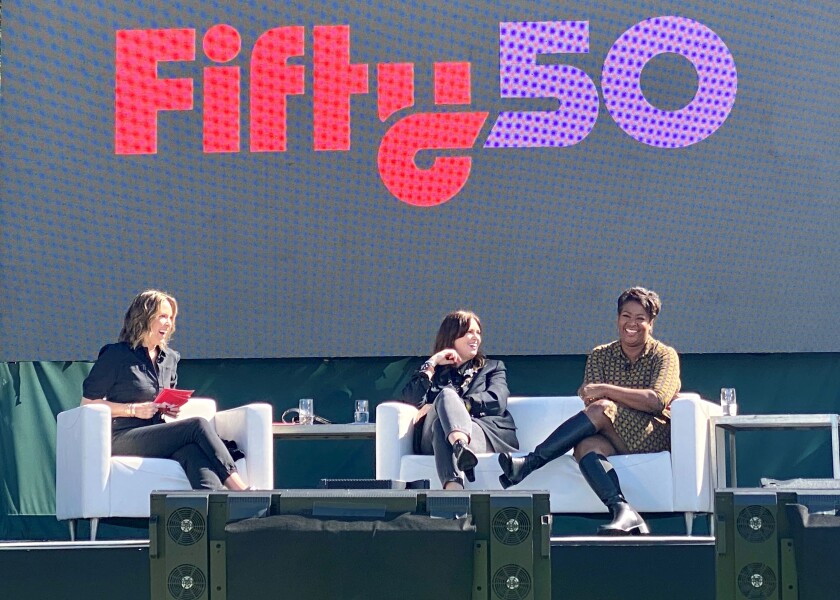 To mark the 50th anniversary of Title IX – a federal law banning gender-based discrimination in schools that receive federal funding – ESPN will publish a four-part documentary series entitled “Fifty / 50” in June that sheds light on the history of the law. and meaning.

A trailer for the documentary was unveiled on October 19 during the ESPNW summit, and filmmaker and executive producer Dawn Porter said working on the project was “like a dream job.” She was able to find out how Title IX was “misunderstood,” she said.

Title IX “is not a sports law,” Porter said speaking to journalist and fellow executive producer Allison Glock and host and ESPN host Hannah Storm. “Title IX is a civil rights law. … It is at the center of some of the most important civil rights struggles we are witnessing today. “

Glock said young women are now “super committed” [and] understand that literally everything is at stake. “

Storm said she was surprised to learn that the law incorporated sexual harassment into the law.

“Title IX is designed to protect your chances of getting an education, and if you are harassed on campus, you can’t do that,” Porter said.

Given its half-century history, Title IX is “so intergenerational and so much about passing the baton from one generation of women to another,” said Glock.

“I hope we have reached a moment in culture that can no longer be ignored,” she said. “It is no longer beneficial to ignore women and underrepresented communities.”

Storm noted that ESPN and Disney will co-launch multiple events with Fifty / 50 in June. “I think we need to recognize this as something very, very central to who we are, not just because of the Title IX anniversary, but as something that is really essential to the core of our business,” she said. ◆