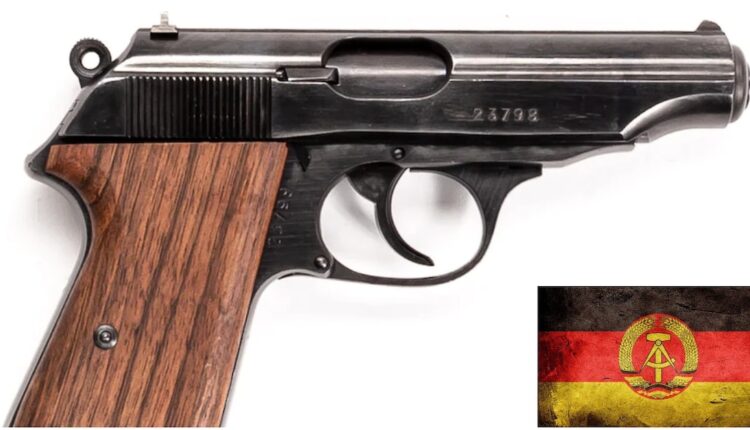 
A little known unlicensed one Walther PP with a real Cold War pedigree, the Zella Mehlis P1001-0 come from the GDR and are harder to find here than the Berlin Wall.

Carl Walther’s famous arms factory was founded in Zella-Mehlis, Thuringia, in 1886. But in 1945, when the Soviets knocked on the door at the end of the Second World War, Walther pulled off tree stumps and left the later GDR (officially the German Democratic Republic (GDR) for the looser West Germany on the other side of the Cold War Recreating Carl Walther GmbH Sportwaffen in Ulm along the picturesque Danube on the border with Bavaria.The flagship pistols of the PP and later the PPK series were soon put back into production as part of a partnership with Manurhin in France and then for final testing and proofing shipped to Ulm.

Although this beautiful Walther PPK / s is stamped Walther and stamped from Ulm, it was made by Manurhin in France. (Photo: Chris Eger / Guns.com)


In the GDR, meanwhile, in order not to let half-destroyed arms factories fall into disrepair, the communist regime was soon again producing weapons for souped-up police officers, border soldiers and soldiers of the People’s Army. As a result, the former JP Sauer & Sohn works in Suhl were renamed Ernst Thälmann Waffenfabrik after a leader of the Communist Party of Germany.

The equipment from the old Walther factory in Zella-Mehlis was also put back into operation and allegedly delivered to Thälmann. The P1001-0, an unlicensed clone of the Walther PP in .32 ACP, was produced there in small numbers in the mid-1950s, probably from a mixture of leftover parts from the time of the Second World War and new components.

Later the East Germans got along with the Soviet program and took over the very Walther-like Makarov PM in 9x18mm, with production allegedly starting around 1958 at Thalmann.

Chambered in .32 ACP, they are clones of Walther PP models.


Most of the P1001-0s in the US came from an excess batch purchased and exported from Hämmerli in the 1980s. Between the exporter and the importer, the rolling symbol “Zella-Mehlis” was added on the foil as well as the lowercase “ac” stamp, which was Walther’s assigned weapon code from the time of the Third Reich. They typically have Hämmerli markings on the barrel as well.

This WWII Walther PP shows a real “ac” stamp instead of the one you see on the P1001-0.

The “ac” and “Zella-Mehlis” roll brands were likely added in the 1980s when surplus weapons were being exported from Europe to the US for post-war testing.


While the P1001-0s were hated by Walther purists when they first hit American shores because they had “fake” AC brands and weren’t technically Walthers, these guns still carry a very strange story that goes with them France was made Manurhin / Walthers of the same era just can’t keep up.

IF YOU LIKE THAT AMAZING WEAPONS, CHECK OUT OUR Carefully Curated Military Classics AND Collector’s Corner SECTIONS!