(WSVN) – Tonight — a remarkable journey of trauma, faith and survival. A young South Florida woman shot with a semi-automatic rifle and told she.. 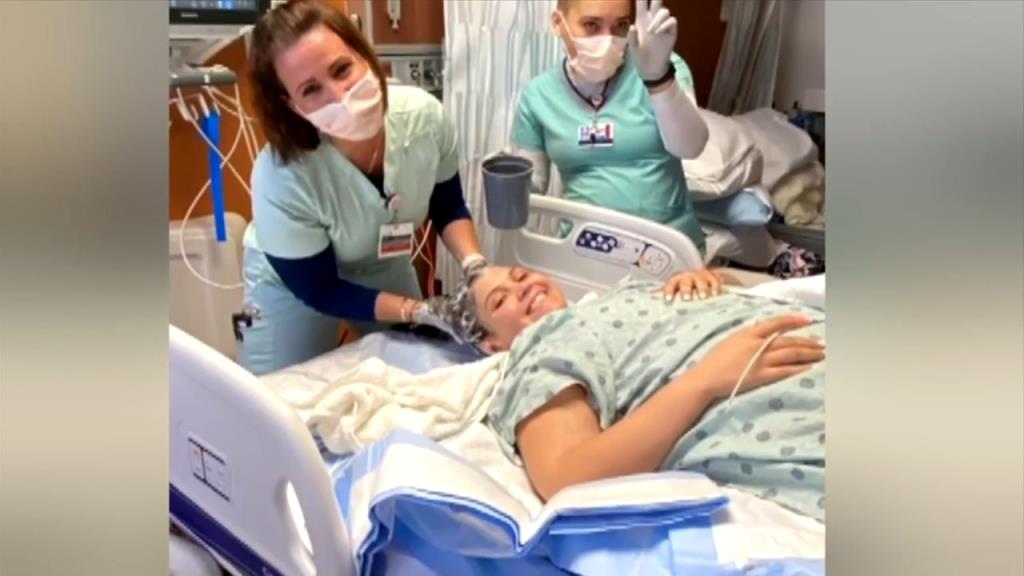 (WSVN) – Tonight — a remarkable journey of trauma, faith and survival. A young South Florida woman shot with a semi-automatic rifle and told she might never walk again. For the first time she is sharing her story with 7 Investigates’ Karen Hensel.

Natasha Vivas was living her dream.

A graduate of a small Christian school in Hialeah, she studied hospitality at Florida International University and was ecstatic when she was accepted into the Disney College.

Just starting her career, Natasha was working the front desk of an Orlando area resort the night of Dec. 14

Natasha Vivas: “The person walked in, and he asked to use the restroom, and of course I was like, ‘Oh, like the restroom is over here.’ Everything seemed normal.”

Normal, until police say 19-year-old Jailen Houston went to his car… and came back.

Natasha Vivas: “He came back in with a rifle, and he started shooting. I fell to the floor to make it seem like I was dead, and then once I saw that he was gone, I started yelling, ‘Help! Is there anyone here?’ so I called 911 on my phone.”

A single shot from the AR-15 rifle shattered Natasha’s spine.

He told deputies “he was frustrated” and felt “scammed earlier in the evening when he tried to check in” to the hotel where Natasha worked.

Undersheriff Mark Canty, Orange County Sheriff’s Office: “He was asked how he felt about the shootings, and he said he felt good, said it relieved some of the frustration that he felt.”

But it was just the beginning of a lifetime of frustrations for Natasha.

Natasha Vivas: “The doctors said that they should count each hour as a miracle. I only had like hours to live.”

Given just a 20 percent chance of survival, she was airlifted to the Ryder Trauma Center at Jackson Memorial Hospital.

dr Michael Wang, Jackson Memorial Hospital: “So these high velocity rounds, when they hit the body, it’s not like in the movies. They’re designed to kill people.”

Told she might not walk again, Dr. Wang rebuilt her shattered spine.

dr Michael Wang: “Now her spine has been reconstructed. It’s stable, and now we’re just going to wait for the nerves to heal.”

Part of the waiting for Natasha includes grueling all-day physical therapy in a specialized rehab facility.

Natasha Vivas: “They had told my parents that I wasn’t going to be able to walk, and I’ve been able to stand.”

The 23-year-old believes she was at work that night for a reason.

Natasha Vivas: “It’s all in God’s hands, and I know if I’m still here, it’s because He’s not done with me yet, and He has a story for me to share.”

Natasha says she hopes to not only help others but also one day land her dream job at Disney World.

In the meantime, she is just thankful to the team at Jackson.

Natasha Vivas: “An endless thank you for being able to let me even sit how I am sitting right now.”

dr Michael Wang: “I have to say that this patient, if she’s listening out there, she’s a wonderful person. I think she’s going to make a good recovery.”

Natasha Vivas: “I have endless thank yous for him, and I’m truly so grateful.”

Natasha says she hopes to walk one day again, and when she does, she wants to walk through these doors to personally thank Dr. Wang and the team. Still, her road to recovery is a long one.

Copyright 2023 Sunbeam Television Corp. All rights reserved. This material may not be published, broadcast, rewritten or redistributed.

Join our newsletter for the latest news right to your inbox


Did you miss our previous article...
https://galleryforgreatguns.com/modern-sporting-rifles/connecticut-gov-lamont-proposes-gun-laws