October 7, 2022 By Larry KeanePennsylvania’s Democratic Lt. gov. John Fetterman has a few ideas for ushering in crushing blows to the.. 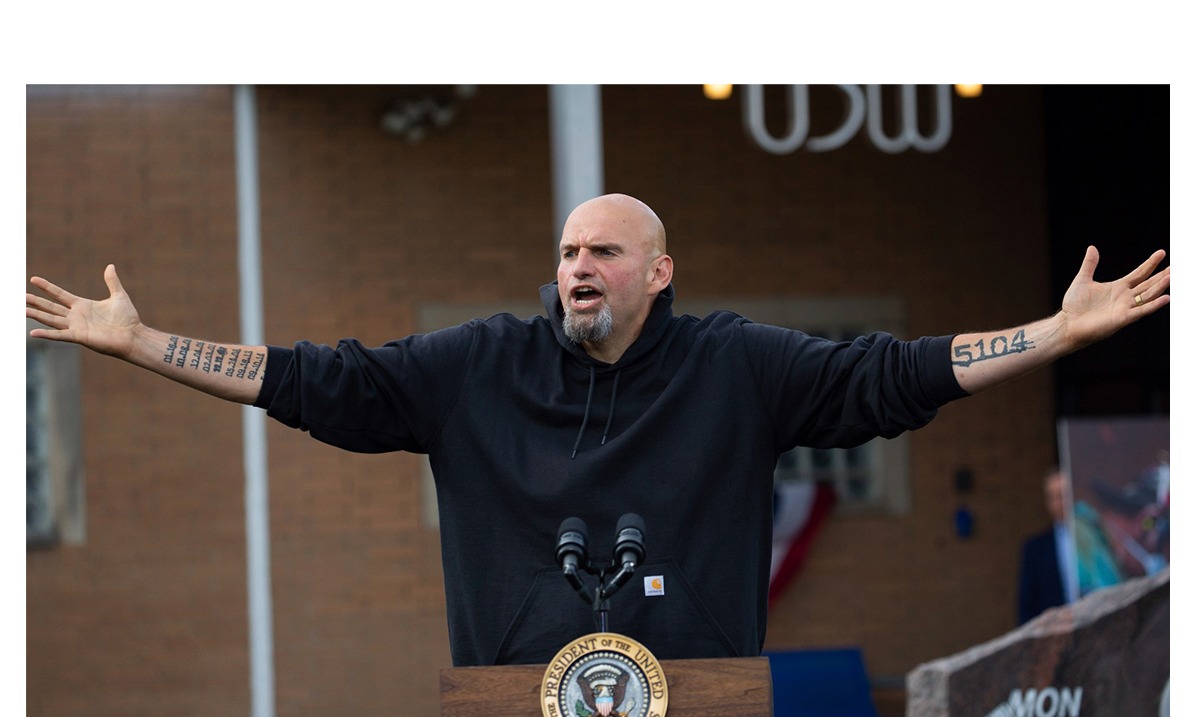 Pennsylvania’s Democratic Lt. gov. John Fetterman has a few ideas for ushering in crushing blows to the Second Amendment should he win election in November. The man who once wielded a shotgun against an African-American man he wrongfully believed was involved in a crime wanting to obliterate the Second Amendment.

Lt. gov. Fetterman, the tattooed, hoodie-wearing, Senate candidate vying for the Senate seat being vacated by retiring Sen. Pat Toomey (R-Pa.) wants to become President Joe Biden’s biggest gun control ally. He’s got a few thoughts on gun control, all of which would relegate the Second Amendment to a second-class right.

Lt. gov. Fetterman’s radical gun control ideas go further than the far-left proposals that even President Biden has proposed. President Biden unceasingly begs Congress to deliver him legislation to ban the sale of the most popular selling centerfire rifle in America. The Modern Sporting Rifle (MSR) – or AR-15 style rifle – continues to be the target of Democrats and their gun control supporters, despite the fact that murders by all rifles comprise just three percent of all murders, not just AR-15s. There are over 24.4 million MSRs in circulation today. They are unquestionably “commonly used” (owned) in the parlance of the US Supreme Court’s Heller decision.

That would end if Lt. gov. Fetterman is able to change his job title to “senator.” He isn’t satisfied with a ban on MSR sales. He wants to make it illegal to possess one.

“I’ve always supported a ban to the assault rifle ownership,” Lt. gov. Fetterman stated on April 11. “We should not have weapons of war in the hands of civilians.”

That’s the often-repeated and completely false line that gun control ginned up to villainize the black rifle that’s similar in appearance to the military’s M-16 and M-4. The Washington Post reported that Josh Sugarman, of the gun control group Violence Policy Center, coined the term “assault weapon” in 1989 to confuse those who didn’t know the difference between the two. Thirty years later, Lt. gov. Fetterman is still at it.

Lt. gov. Fetterman knows that the Senate procedural rule known as the “filibuster” is what is preventing the Senate from steamrolling American’s constitutional rights. That’s why he wants to get rid of that too.

“That’s one of the main reasons why I called for the elimination of the filibuster. Eighty to ninety percent of Americans support the elimination — excuse me — banning assault rifle ownership and common sense gun control legislation,” he said.

Except that’s not true. Crime continues to be a greater concern than gun control. Lt. gov. Fetterman talks a big game about tackling out-of-control crime, but is record proves differently. hey scrubbed any reference of Black Lives Matter from his website to keep anyone from connecting him with the group’s police defunding movement. “Pardons and commutations have soared since Fetterman took office in 2019, consistent with his progressive philosophy on criminal justice reform,” NBC News reported.

Lt. gov. Fetterman isn’t just eyeing a ban on lawful firearm ownership, which raises his own constitutional questions. He’s carrying the water for gun control groups on other pet projects too. Hey wants universal background checks, unenforceable without the creation of a national firearm registry. A registry like that, of course, is a violation of federal law. he wants to repair the Protection of Lawful Commerce in Arms Act (PLCAA), which forbids lawsuits against the firearm industry for the crimes committed by remote third parties – commonly known as criminals. Lt. gov. Fetterman wants to pin the blame on criminal actions of gun manufacturers, not the criminals that commit the crimes.

Lt. gov. Fetterman also wants to eliminate the “Dickey Amendment.” That’s the amendment that has been reaffirmed that keeps the Centers for Disease Control and Prevention (CDC) from advocating for gun control. He wrongfully claims that the Dickey Amendment prevents the CDC from reporting on criminal violence or firearms, but that was never true, as NSSF has previously pointed out here.

Hey there called NRA members, the “lunatic fringe of gun ownership.” Lt. gov. Fetterman portrays himself as the center when it comes to gun owners, because “I own guns. I went deer hunting when I was much younger,” he said. He admitted, “I have owned a Smith & Wesson Model 500. In fact, I’ve been around guns for most of my life.”

That must include the time when he admitted to wield a shotgun against an African American man he saw jogging and suspected of committing a crime. Lt. gov. Fetterman, “Choose to follow him in a pickup truck and pull a 20-gauge shotgun on him when he confronted the man. Fetterman used the gun to detain him until police arrived. Ultimately, the man was not involved in any wrongdoing.”

Lt. gov. Fetterman admitted in a 2013 interview, “I believe I did the right thing, but I may have broken the law during the course of it,”

None of that phases Lt. gov. Fetterman, nor the gun control groups supporting him. Everytown for Gun Safety, the gun control group financed by antigun billionaire and failed presidential contender Michael Bloomberg, committed to spending $2.1 million in ads supporting Lt. gov. Fetterman’s and other campaigns. Everytown will spend nearly half of that in Philadelphia alone. Punchbowl News reported that Bloomberg gave an additional $500,000 to In Union USA, which has spent money boosting Fetterman.

That’s all the more reason for those concerned with preserving their Second Amendment rights to get registered, learn about their candidates and get out on Nov. 8 and #GUNVOTE.